Received the notice for the 720183 WWL upgrade. prior to downloading both my Win7 and Win10 platforms generate a warning that the download is …“Not commonly downloaded and could harm your computer”.

The installer is safe to download/run. If you check the properties of the file, you’ll see it was digitally signed by me. 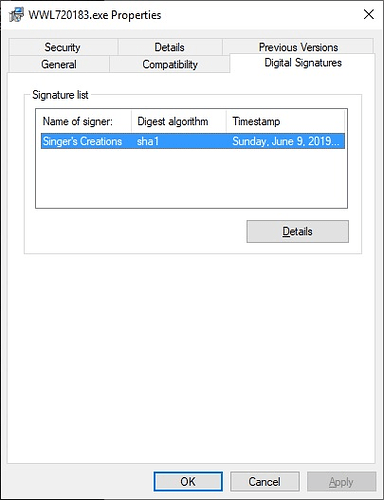 Whichever security software you’re using is just warning you that it’s not a commonly used file – which is true since it’s brand new.

mike, the warning is coming from Windows (7 snd 10) not a 3rd party app. none of the other updates has ever generated this or any other warning. fyi.

sure but understand i’m not doubting you…but it’s weird that I’m seeing this on both platforms and have never seen it before.

three screenshots in the order they occur (just for context). the warning occurs regardless is I choose ‘run’ or ‘save’. 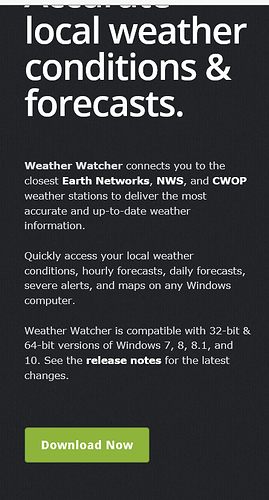 sure but understand i’m not doubting you

I figured. I just wanted to see a screenshot to help figure out where that message is coming from.

Windows Defender SmartScreen uses information from Internet Explorer, Microsoft Edge, and Windows users around the world as well as anti-virus results, download volumes, download history, URL reputation, and many other criteria to determine the likely risk of downloaded programs. For example, programs that are downloaded by many users over a long period of time without a history of malware are not likely to be malicious.

This warning indicates that caution should be taken before running the downloaded program, especially if the download is not digitally signed.

[*]How were you directed to this download? Was the download link unsolicited, such as from an email, instant message, or social networking post? If the download link was unsolicited - even if it looks like it’s from someone you trust - it is more likely to be malicious.

[*]Would you expect this program to be an uncommon download? If you thought you were downloading a popular game or other program, you should be suspicious that many other Internet Explorer users have not also downloaded the program.

[/LIST]
[*]How should I decide whether to run a program flagged by Windows Defender SmartScreen as ‘not commonly downloaded’?

There are a number of factors to take into consideration before running a program flagged by Windows Defender SmartScreen.

If you have any doubts about the validity of the program, it is best to just not run it. A malicious program can delete information, change computer settings, and steal personal data from your computer.
[/LIST]